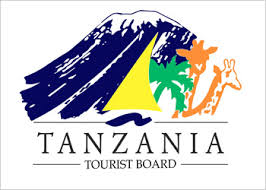 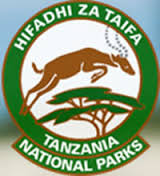 Tanzania has beautiful nature reserves rich in wildlife, it offers incredible wildlife viewing in a true safari style, watch elephants mud bathing in the midday sun, see hundreds of animals crossing a river or follow a pack of wild dogs at high speed as they hunt, live in the wild and discover unusual species while you’re at it.

Tanzania national parks are designed to suit all kinds of interests, preferences and comfort levels, the wildlife is thriving and the landscapes are stunning. You can be rest assured that there is safari which is perfect for you.

Below are some of the top national parks in Tanzania. 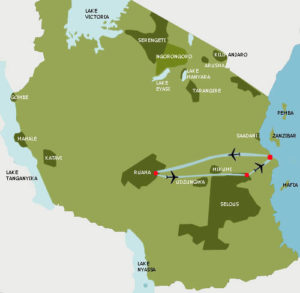 Home to the Great Migration, the Serengeti easily makes its way into most bucket lists. This fascinating park presents all kinds of ecosystems which allows it to host a variety of plants, birds and animals. The sheer diversity makes it one of the most unique national parks in Africa. Over the years, Serengeti National Park has attracted people from all walks of life, including movie stars, celebrities, writers and poets, and it easily ranks as one of the most coveted safari destinations in Africa.

Formed millions of years ago, the Ngorongoro Conservation Crater closed off its borders to man with the help of walls that rose to heights of 400 to 600 meters. As a result, nature was allowed to run free here and create some of the most exotic species of plants and animals that the world has ever seen. This is one of the few places where you can see the Big 5 in a single day and it also hosts the endangered black rhino.

Think of Lake Manyara as a mini Serengeti. The place is very small in size, and a majority of the area is covered by the lake itself, but it still hosts as many as 11 ecosystems and a vast and varied wildlife. The groundwater forest surroundings at Lake Manyara offer a much-needed break from African savannahs. Tree-climbing lions are the superstars here, but predator sightings are difficult. A close encounter with hundreds of elephants is the next best thing.

Tarangire National Park isn’t located on the main safari route, and is less crowded than most other national parks in Tanzania. The park is 10 times larger than Manyara and its game tends to be incredibly concentrated during peak season. The park is also known for its breathtaking baobab trees and stunning natural beauty.

Selous Game Reserve represents the largest uninhabited area in the continent, and this alone makes it worth visiting. The large untouched expanses of land showcase nature at its beautiful best. The reserve also presents the best bush vibe in Tanzania. Selous Game Reserve is one of the two destinations used by elephants for their annual migration, and if watching millions of wildebeests isn’t possible, you can go for the next best thing, watching thousands of elephants at Selous.

The largest national park in Africa might not come with a world-famous reputation, but it certainly presents the wildest encounters for those who know what to look for. Ruaha National Park is most famous for its fascinating beauty, ancient baobab trees, picturesque river and dramatic scenes and it offers incredibly exciting game viewing experiences to its visitors.

Gombe may be small in size, but its attractions pack a punch. The park is famous all over the world because of its connection to Jane Goodall and her pioneering research on chimpanzees. Chimpanzee tracking expeditions are an obvious highlight, but one can also expect to see several species of primates here. Gombe presents a trail system which lets visitors penetrate deep into the forest and enjoy some of the best views of the African bush.

Mahale Mountains National Park may be ignored by most tourists visiting Tanzania, but those wanting to get closer to their closest genetic relative, the chimpanzee, simply have to visit the Mahale Mountains. The park presents the best chimp tracking experience in Tanzania and visitors also fall in love with its stunning beauty. Better yet, Mahale Mountains is home to some of the glittery sand beaches that Africa is so famous for.

Mkata Floodplain, the star attraction at Mikumi National Park, has often been compared to the great Serengeti because of its amazing diversity and concentrated wildlife. This alone makes Mikumi worth visiting. The park is also popular for presenting stunning photo ops and large herds of game animals.