Tanzania was recently voted the best safari country in Africa by both international visitors and by specialized safari operators. Even more recently and after a four-year worldwide search, it now also boasts the top three Natural Wonders of Africa. The Serengeti National Park, Mount Kilimanjaro and the Ngorongoro Crater outvoting the River Nile, the Red Sea Reef, the Sahara Desert and Botswana’s Okavango Delta.

Tanzania has also been named as one of the world’s top five most stunning beautiful countries by FOX TV News. The country’s 16 national parks, which protect more than 25% of its land, are home to 20% of the African continent’s larger mammals.

It is the place to see endless herds of wildebeest and zebra trekking across the plains on their annual migration – followed by lion, leopard, cheetah and hyena. It is elephant country, boasting some of the largest populations in the world while Gombe and Mahare National Parks are home to group of chimpanzees rarely seen in the wild. 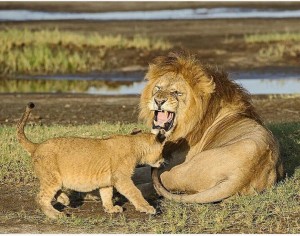 In Tanzania visitors can enjoy authentic African wilderness without paved roads and fencing. And a wildlife safari can be enhanced by a wide choice of breach holiday or various other activities. Climbing Mount Kilimanjaro – the Roof of Africa and the tallest freestanding mountain in the world. Deep-sea Fishing, Hot-air Ballooning, Scuba Diving. Swimming with Dolphins, visits to the numerous archaeological sites, Whale Watching, and perhaps most valuable of all participating in one or more of the many Culture Tourism Programmes to gain an insight into the history and culture of the people.

Tanzania’s Swahili Coast, Mafia and of course, Zanzibar and Pemba share beautiful beaches, hundreds of miles of palm-fringes sand overlooking the Indian Ocean. Its huge lakes – Victoria, Tanganyika and Nyasa – are bountiful with fish. Its mountains are massive and mysterious. Its cities relaxed and friendly. And travel is easy, with many flights to and from neighboring countries and around Tanzania

It was in Tanzania that Stanley uttered those famous words – Dr. Livingstone I presume – when he tracked down the Scottish missionary and explorer after a long trek into the interior. Indeed Tanzania was a magnet for several Victorian explorers who made epic journeys of discovery in search of the source of the Nile.